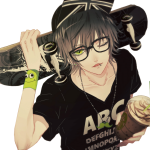 Director: Mandeep Kumar
Writers: Abhijeet Sandhu, Dhieyo Sandhu
Stars: Riteish Deshmukh, Genelia D’Souza, Om Puri
Country: India
Language: Hindi
Release Date: 24 February 2012
Storyline: In a quaint village of Haryana lives Miny, a free-spirited tomboy who instantly wins your heart with her bubbly personality. Her father, Bhatti, runs an auto-rickshaw business and is adamant to marry her off against her liking to Sunny. The male protagonist Viren, is a humble and ambitious rickshaw driver working for Miny’s father. Bhatti, insecure about Viren’s success, sells of all the rickshaws where Viren had carefully stashed his life savings. In an attempt to recover his money from Bhatti, Viren storms into Miny’s engagement with fury. This gives Miny the perfect opportunity to escape her marriage and so she stages a kidnap. However, the kidnap goes all wrong and she and Viren land up in Viren’s family mansion. Eventually, Miny’s father arrives with the ransom that she had asked for and takes her back home. Back in Punjab, while she is being married off to Sunny, it dawns on Viren to go rescue her as he realizes his love for her. But will he manage to do so is what remains to be…